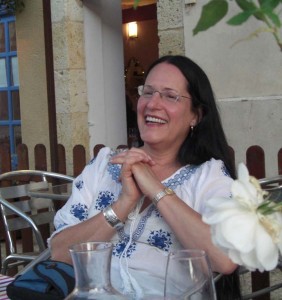 Marilyn Kallet recently served two terms as Knoxville Poet Laureate, June 27, 2018-July 2020. She is the author of 19 books, including Even When We Sleep, 2022 and How Our Bodies Learned, 2018, poetry from Black Widow Press. She has translated Paul Eluard’s Last Love Poems and Benjamin Péret’s The Big Game, among others. Dr. Kallet is Professor Emerita at the University of Tennessee, where she taught for 37 years. She also hosted poetry workshops and residencies for the Virginia Center for the Creative Arts, in Auvillar, France, from 2009-2018. She has performed her poems across the United States as well as in France and Poland, as a guest of the U.S. Embassy’s “America Presents” program. Her poetry appeared recently in Still: The Journal of Appalachia, Plume and 101 Jewish Poems for the Third Millennium, among others. She is the author of two children’s books, Jack the Healing Cat and One For Each Night: Chanukah Tales and Recipes, Celtic Cat Publishing.